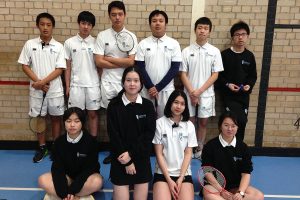 Unfortunately, due to mock exams, the Yr 11 team could not attend. The Yr 10s were playing against students a year older than they were but they showed great enthusiasm and learnt a variety of tactics as the competition progressed.

The boys team played some very close matches and on occasions only lost by two points. Their opponents were Blandford School, Gryphon School and Sturminster Newton School.

The girls’ team were more successful. Sara won in singles and in doubles with Jasmine against Gryphon School. Tiffany also won one of her singles matches against Sturminster Newton School.

All the players were a credit to the school and will be able to play more matches as the season progresses.

Registration for our 2021 Summer School is now open