Shingo Potier de la Morandière attended Sherborne International from 1987-1988 and and is co-founder of Impact HUB Tokyo, CEO – and co-founder of OISYS and w00rk LLC – all in Japan. 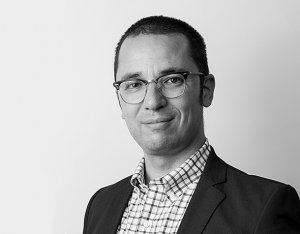 Shingo said: “After leaving Sherborne International, I completed my GCSEs and A-Levels at Downside School in Somerset followed by a Master’s Degree in Engineering from Imperial College, London.

“Although what I do now is very different, I started my career in banking.

“15 years later, I decided that it was time to do something new, and asked myself “what do I want to do with my life?”. Leaving the banking industry was quite dramatic and it took me a few years to unlearn the bad habits I picked up. It was quite tough thing to do, with many sacrifices made.

“Perhaps influenced by my father, who also owned his own business, I was always drawn to people similar to him. I got involved in many small business start-ups in London. It was a very good time to be exposed to so many crazy ideas. Businesses were being funded, pitch events were happening all over the city.

“At the beginning, I offered my financial expertise and took CFO position in a few start-ups. I then realised that this wasn’t different enough from my previous career. I wanted to be more involved. I found the process of starting up a new business completely fascinating and decided to narrow my focus. That led me to starting up a consultancy and funding company to help start-ups get the resources they need.

“All this was done out of my flat but anyone with experience in home-office can tell you, that it can get a little depressing at times. The concept of co-working space was becoming quite popular in London. There were still only a handful of spaces but I took up a membership at one of the biggest, a unique community called Impact HUB Westminster. It was nothing like I had experienced elsewhere. Not just because there were so many other crazy start-ups, but it was the concept of “doing it together” that was very new to me. I loved it.

“This experience later inspired me to start up my own Impact HUB in Tokyo. I lost my father around then and I felt it was necessary for me to be closer to my mother who lived in the remote part of Japan.

“At Impact HUB Tokyo, we incubated and accelerated many start-ups. We focused on entrepreneurs who wanted to make social changes through business. We, and the entrepreneurs we supported, worked very hard. However, I realised the changes we were making were still small and often very localised. We wanted to achieve large scale social change.

“Around then the Arab Spring was fresh in our minds and we wondered how such a seemingly leaderless movement could rise up and achieve so much. This led to the conclusion that we needed to study how these changes actually occur.

“Open Impact Systems was launched as a complementary business to Impact HUB Tokyo. It researches the way complex social systems work. A huge impact is often made without any money being exchanged. We wanted to have a more scientific understanding of how these non-financial transactions actually work. We believe that this understanding allows us to be more efficient with our innovation.

“Since launching Open Impact Systems, we have also launched w00rk LLC to help other communities and organisations build community based innovation hubs like Impact HUB Tokyo. We research and assist clients to create an environment where innovations occur and keep occurring in a sustainable way.

“We now work with global businesses, local governments, universities as well as many incredible start-ups to create a system where innovation happens everywhere all the time.

“Our mission is to democratise innovation. Innovation is no longer about smart people with money going “a-ha!” and sharing their ideas with those in need. The amount of free education and resources being made available to most people on this planet has allowed us to take matters in our own hands and solve problems ourselves.

“The are types of questions we pursue now are:

“Amongst all educational institutions I passed through in my life, Sherborne International had by far the most diverse community. Since my SI days, I have found all mono-cultural places uninspiring, which has led me to conclude that diversity is one of the most critical components in my life.”

Register your interest in our courses