We use cookies to analyse traffic to give you the best online experience. Learn more about the cookies we use. By clicking “Accept” on this banner, you consent to the use of cookies unless you have disabled them. 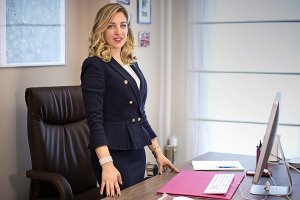 Nicole said: “Often I find myself speaking passionately about some childhood memories, one of which is surely my time in Sherborne International. I could not imagine that my first summer course there, taken to improve my English, would have had such an impact of the person I am today! I spent four summers and a full academic year in town, studying for the GSCE exams. During that time, my friends were from Saudi Arabia, Angola, Spain and Germany, Catholics and Muslims, straight and gay … such a diverse environment! The amount of news and information I heard and absorbed while interacting with my varied gang is impressive. It highly impacted the values I was growing, as a teenager.

“As a human being, one of the most important lessons I learnt during my time in Sherborne, is how to be inclusive and tolerant with people who are different from me. It is not only about where people come from, but about their beliefs, values, ideas and preferences. I was exposed and pushed to co-live in such a diverse environment that it became part of me. The School Staff were very attentive in leading me during this process, teaching me how to take the best out of the differences I was encountering. Enjoying diversity is now a lifestyle; I pursue it today in every aspect of my life.

“I have incorporated many of the values that the teachers were passing on to me. The importance of rules and procedures helped me to become completely comfortable when working with large institutions and organisations. Cooperating with students from different backgrounds allowed me to become a professional who can easily adapt to any kind of context. Working hard on school tasks developed in me an innate ability to manage projects. As an entrepreneur, I feel I have been prepared to survive and succeed in this competitive, modern world, starting from my time in Sherborne International.

“Who would have imagined it, years ago, in the Barn?”

Nikal FM is a Facility Management Company, offering soft services (such as helpdesk, reception and switchboard management, gardening, cleaning, logistics and transport, warehouse and mailing, events organisation, vending machine management and much more). As Managing Director of the company, Nicole is always developing the operations and expanding the business.