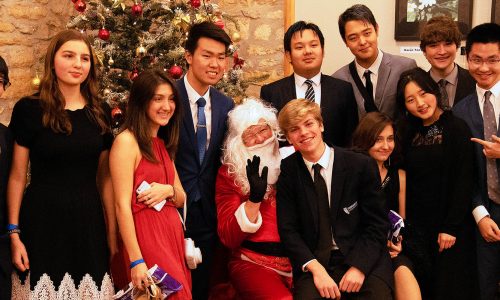 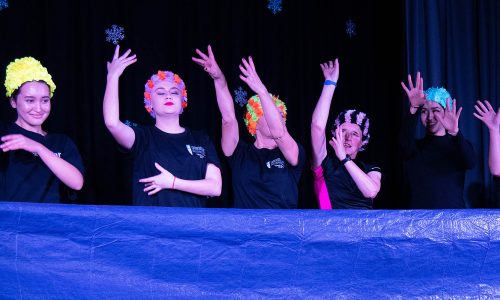 As part of their studies of William Shakespeare, the Sherborne International English Department organised a trip to see a performance of Macbeth in Southampton in February 2019.

Marco, a student on our Intensive GCSE / IGCSE one year course, reviewed the performance for us.

On the 28th of February all English Literature students had a chance to enjoy a performance of ‘Macbeth’ by the National Theatre in the Mayflower Theatre in Southampton. In this particular adaptation of Macbeth the director, Rufus Norris, did not follow Shakespeare’s original vision of Scotland in the dark ages. He decided to create a new setting. In his vision, he used a post-apocalyptic world to translate Macbeth into the modern era. In my opinion, it is quite successful because it carries over the main themes of darkness, death and power that Shakespeare masterfully wrote about.

Dramatic effects are also used extensively throughout the play, which helps highlight and enhance specific and important moments in the play. 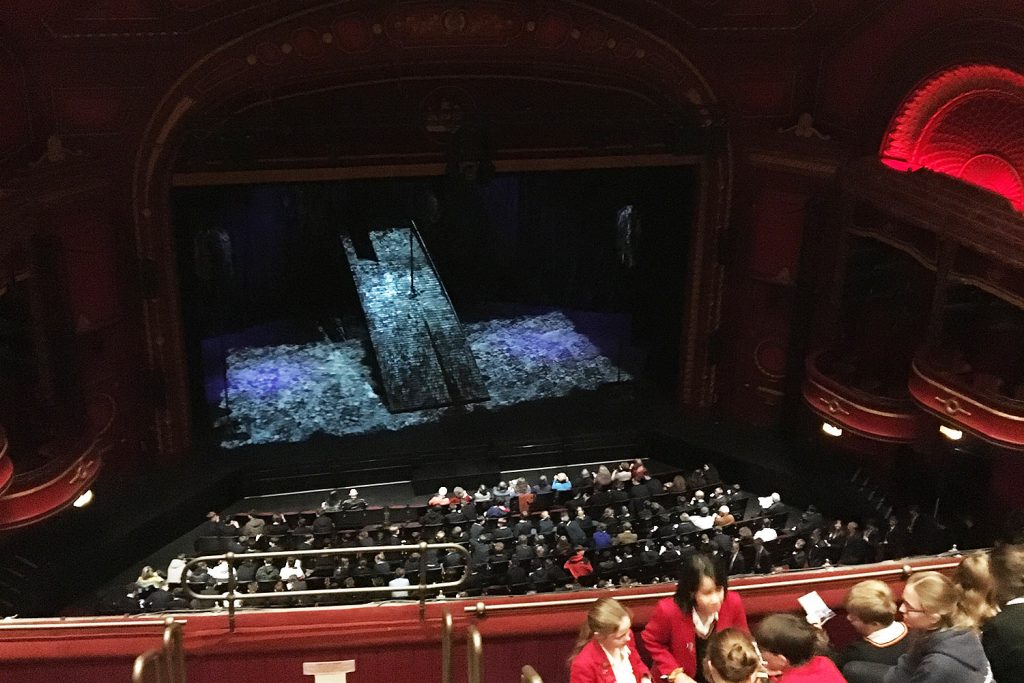 In Norris’ re-envisioned version of Macbeth, he chose a post-apocalyptic setting, with an unruly society, and wild and dangerous characters. Norris successfully made an old, classic play seem relevant and easy to understand as most of us know what a dystopian future may be like through books, TV shows and movies.

The reason a dystopian setting works so well is because it strengthens and emphasises the themes that Shakespeare wrote about such as: death, power, the supernatural and darkness. It helps the audience understand certain characters’ motives as the environment that they live in can give us an insight as to why characters do what they do.

Another way that Norris adapted the original Macbeth to a more modern and revitalised version was changing the sex of certain characters. For example, Ross is a woman and Fleance is a girl. This shows that women in this society are almost treated as equal, as Ross is a Thane with some degree of power and Fleance is prophesied to be in the line that will bring forth many kings. This symbolises that even though this society is wild and unpredictable, woman have a somewhat equal standing and power, reflecting a more modern tone about the play. In contrast, women in Shakespeare’s plays were previously played by men.

In the play, ‘dramatic effects’ are used to highlight and enhance specific moments. This helps the audience better understand the play and know which parts of the play are important. For example, when a character has a soliloquy, particularly Macbeth, an effect is created that shows the whole world frozen in space and time, while Macbeth is in a spotlight and he is the only one who moves and speaks. This is very effective as it shows that the character is truly wrapped in their minds by their thoughts and that the rest of the world does not concern them.

Another good instance when dramatic effect is used is when the ghost of Banquo appears, a green light and ominous music is used. This illustrates what Macbeth sees and to his horror that no one else can see the ghost. Other than this, the fact that Banquo moves silently and doesn’t say anything also makes the scene even scarier.

In conclusion, I think the play was phenomenal and the actors and directors have successfully brought to life their very own adaptation and twist to one of Shakespeare’s classics. Even though there was a significant change of setting, it did not matter too much as all the main themes of Macbeth were kept and translated beautifully for our entertainment.